Blog
You are here: Home1 / Blog2 / blog3 / The Truth Will Not Make Us Rich, But It Will Make Us Free 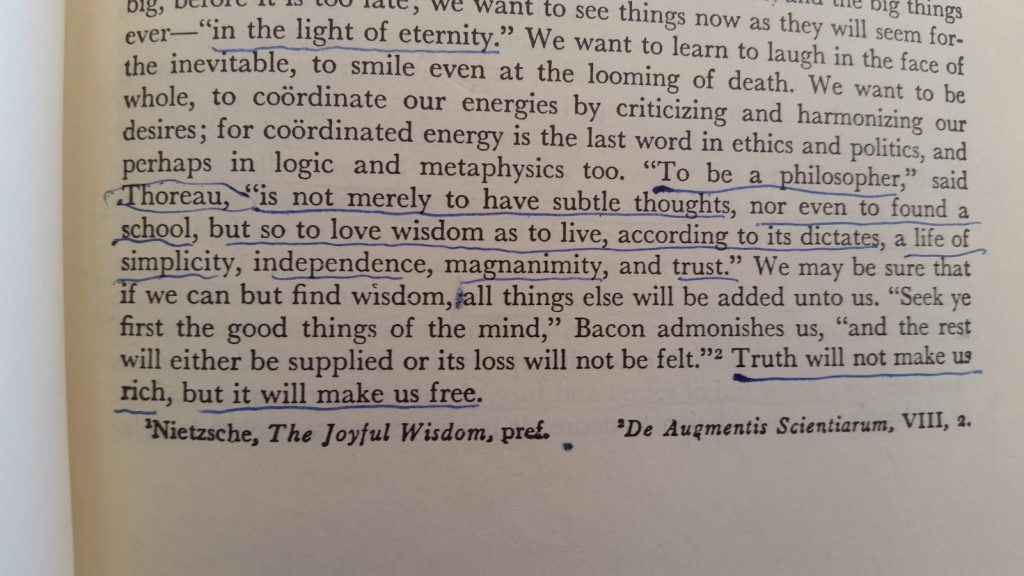 “To be a philosopher,” said Thoreau, “is not merely to have subtle thoughts, nor even to found a school, but so to love wisdom as to live, according to its dictates, a life of simplicity, independence, magnanimity, and trust.”

“Seek ye first the good things of the mind,” Bacon admonishes us, “and the rest will either be supplied or its loss will not be felt.”

Truth will not make us rich, but it will make us free.

I’m reading and collecting the Will Durant series on history.  Durant and his wife built out a series of books on the history of Western Civilization.  From 1926 with, The Story of Philosophy (where these quotes are from), to his series on the Story of Civilization which ran up to the mid 1960’s the Durants attempted to capture all of history.

Literally, all of history. I stumbled on one volume, the Fall of Rome in a used book store.  As if by fate, more volumes appeared in my life until I found them all.  The hunt was half the fun.

In my spare time, I’m hoping to dig into all of them. Mark them up, leave notes in the edges and help make sense of where we’ve been….so I can understand…..where we are going. 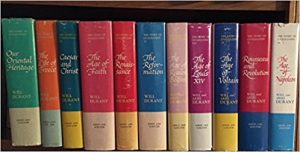 Lust – Denny Hastert Speaker of the House – Teacher – Child...The Trump Campaign Tapping Is Getting Closer To The Ex President
Scroll to top