Blog
You are here: Home1 / Blog2 / blog3 / The Power of Community and Relationships – Hope and Meaning

I’m reading Victor Frankl’s famous book, Man’s Search for Meaning.  If you haven’t read it, you’re missing out. Frankl was a Jew that was deported to the worst of the worst Nazi concentration camps from 1942 to 1945.  In his professional life, Frankl was a physician/psychiatrist.  His detailed account of the stages of psychological break down of the prisoners is riveting and left me wondering how on earth someone could survive such despair.

The hypothesis fo the book was that survival in such terrible conditions hinged on a prisoners hope in a better future, their ability to serve others, their faith (which manifested into fate), and the bonds and community prisoners created during the darkest days. 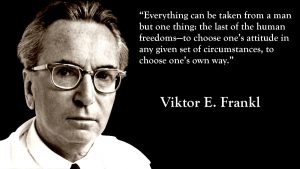 Wikipedia – After enduring the suffering in these camps, Frankl concluded that even in the most absurd, painful, and dehumanized situation, life has potential meaning and that, therefore, even suffering is meaningful.  He said, “What is to give light must endure burning.”

An example of Frankl’s idea of finding meaning in the midst of extreme suffering is found in his account of an experience he had while working in the harsh conditions of the Nazi concentration camps:

We stumbled on in the darkness, over big stones and through large puddles, along the one road leading from the camp. The accompanying guards kept shouting at us and driving us with the butts of their rifles. Anyone with very sore feet supported himself on his neighbor’s arm. Hardly a word was spoken; the icy wind did not encourage talk. Hiding his mouth behind his upturned collar, the man marching next to me whispered suddenly: “If our wives could see us now! I do hope they are better off in their camps and don’t know what is happening to us.”

That brought thoughts of my own wife to mind. And as we stumbled on for miles, slipping on icy spots, supporting each other time and again, dragging one another up and onward, nothing was said, but we both knew: each of us was thinking of his wife. Occasionally I looked at the sky, where the stars were fading and the pink light of the morning was beginning to spread behind a dark bank of clouds. But my mind clung to my wife’s image, imagining it with an uncanny acuteness. I heard her answering me, saw her smile, her frank and encouraging look. Real or not, her look was then more luminous than the sun which was beginning to rise.

A thought transfixed me: for the first time in my life I saw the truth as it is set into song by so many poets, proclaimed as the final wisdom by so many thinkers. The truth – that love is the ultimate and the highest goal to which Man can aspire. Then I grasped the meaning of the greatest secret that human poetry and human thought and belief have to impart: The salvation of Man is through love and in love. I understood how a man who has nothing left in this world still may know bliss, be it only for a brief moment, in the contemplation of his beloved. In a position of utter desolation, when Man cannot express himself in positive action, when his only achievement may consist in enduring his sufferings in the right way – an honorable way – in such a position Man can, through loving contemplation of the image he carries of his beloved, achieve fulfillment. For the first time in my life I was able to understand the meaning of the words, “The angels are lost in perpetual contemplation of an infinite glory.”[10]

The Power Of Community and Deep Relationships

The power of deep relationships and connection to community continue to be themes that I’m exploring.  Basically, we as humans have evolved to be a social being. I’ve blogged about the role of social media starving our ever-connected world from truly connecting.

Check out the Art of Manliness interview with Emily Esfahani Smith about her book, The Power of Meaning, Finding Fulfillment in A World of Obsessed with Happiness.  Emily details how the pursuit of happiness is shallow without meaning. 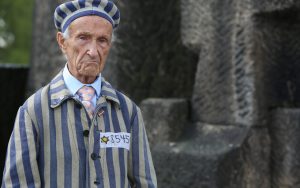 We begin our discussion talking about the difference between happiness and meaning and why the latter brings more fulfillment. Emily then highlights research that shows more and more Westerners are reporting that their life lacks meaning and the theories as to why that is. She then breaks down what the three pillars of a meaningful life are and what we can do to experience them. Emily and I then discuss whether it’s really possible to create meaning by yourself and whether or not it requires being embedded in a religious or spiritual tradition.

Jonathan Haidt’s book, The Righteous Mind, is another of my favorites.  Haidt details how we evolved as social beings and how connecting with others was important to our survival. He digs into 6 Moral Matrices which outline how we are and which ‘tribes’ we pick.  His analogy of influencing the elephant and not the ride was enlightening.

Another theme that continues to surface for me is the ‘What is to give light must endure burning.’ theory.  To truly enjoy happiness you must also manage the pain of difficult times in life. Do the difficult time crush us, as they did to so many people in Frankl’s account of the concentration camps or do we take events in stride?  From Angela Duckworth and her book Grit, to the Stoics and Marcus Aurelius’ meditations to Lettie Cowman and her devotional, Streams In The Desert, the theme of managing struggles, taking accountability, holding tight to faith in things working out in the future are valuable lessons that keep getting explained to me. 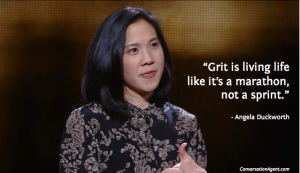