Blog
You are here: Home1 / Blog2 / blog3 / The Fall From The Top Is A Long One. What Was LEARNED Makes The Journey...

I found this interview with Lance Armstrong fascinating. Freakonomics did a great job of telling his story, his aftermath and what he learned.  In the end, the Lance Armstrong story is about redemption. I found his story of tenacity and grit appealing but his ‘everyone is doing it’ excuse was a bit disheartening.  Clearly, he lied, but he justified it as everyone lied. When asked if he didn’t dope, what his chances of winning a Tour De France would be…answer….0%.

When Dubner pressed in on how he’s different or similar to Alex Rodriguez and his doping scandal, Armstrong responded that he fell further because;

The big question was;

DUBNER: Well, let me offer a fourth possible explanation. As everyone has said throughout history, the cover-up is way worse than the crime — usually, right? The situation as I see it is that: a) you were the tallest tree in the land, you win seven, that’s going to be number one; and number two, even though your argument and the argument of a lot of people is everyone was doing it, when you were confronted with it and charged with it all along, you didn’t kind of duck it, but you denied it with a vigor and a venom and sometime really viciously against individual people, that when it came out that it was true — to me, that’s what people don’t want to forgive. And if that’s what it is, the difference between you and a Mike Vick and you and A-Rod — I’m curious whether you think that maybe is a worse infraction.

ARMSTRONG: If you believe what you read — and, believe me, I’m the last one to believe everything I read — but if you believe what you read, and let’s just use for the purposes of this discussion, there was not just one offense, there was two, which is worse. There was an extremely litigious nature to his action and reaction. And so not to debate it with you, but there is no difference.

So to carry on my 7 Deadly Sins rational, Pride, of course, Wrath of course (in Armstrong’s response), Gluttony (why not stop at 3, or 4 or 5 wins and hang out as the face of Live Strong?).  Armstrong has demons he’s working on, as do we all. 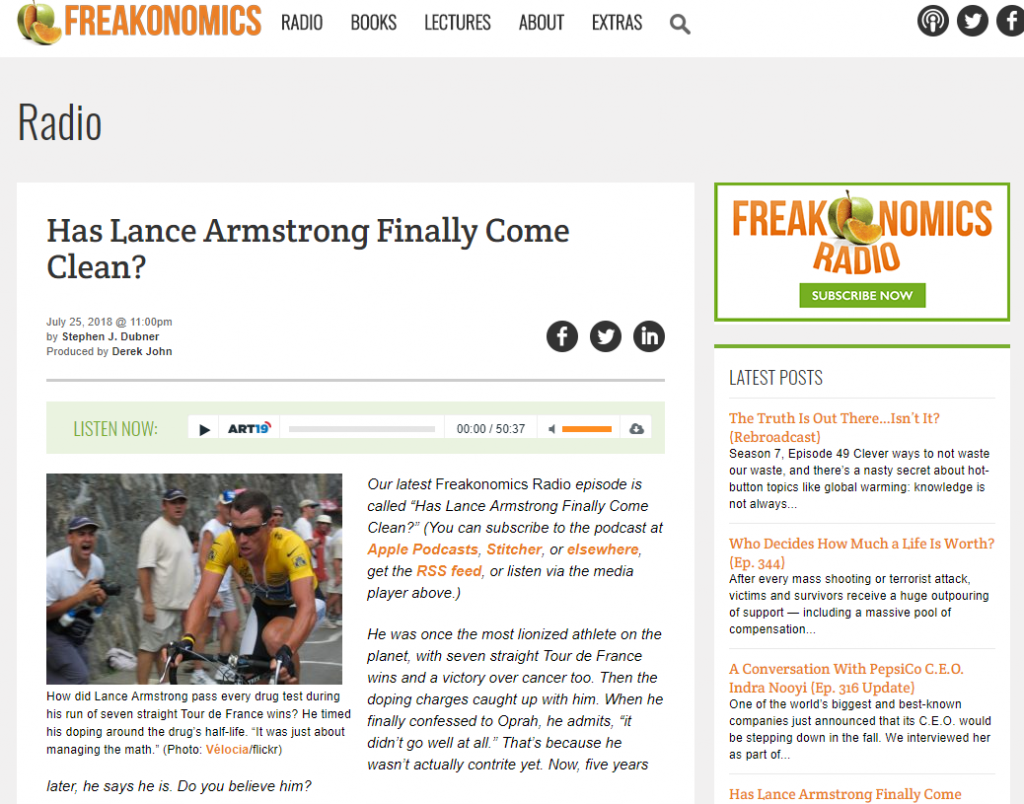 The commentators were not kind to this interview: 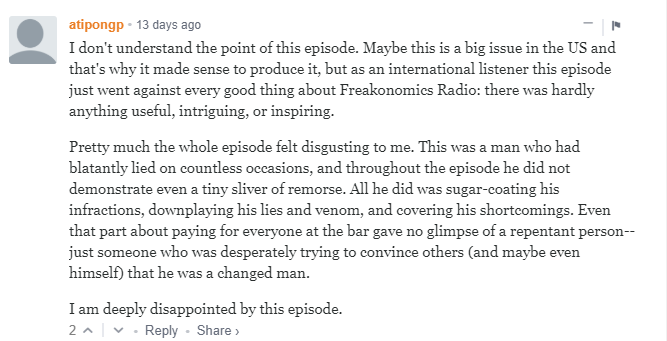 Where Are You Living? The Physical Realm, Mental Realm or Spiritual Realm?Instilling Purpose In Your Company – HBR Ideacast
Scroll to top