Rules For A Long and Happy Life – By Robert Hall 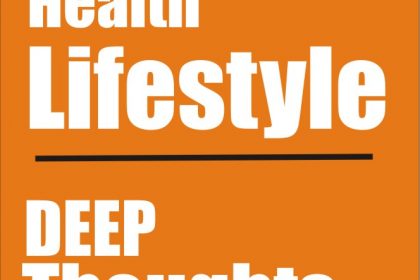 The Rules for a Long and Happy Life

By Robert A. Hall

The most important ingredient of a long, happy, and successful life is self-discipline.

You also need to develop resilience and tenacity

Discipline yourself to maintain a normal weight.  Obesity is the second largest cause of premature death.

Discipline yourself to get regular exercise.  You’ll feel better and live longer.

The most valuable thing you can own is a good reputation.

Take responsibility for your actions.

Stop whining, complaining, and criticizing.  No one will want to be around you.

Stop blaming others.  The person who is responsible for over 90% of your problems is the one you see in the mirror every morning.

Always give more than expected.  Always do more than your share.

If you once tell a major lie, no one will fully trust you again.  If you regularly tell lies, no one will believe you even when you tell the truth.  The same thing if you steal.

Get enough sleep.  Most people need eight to nine hours.  But don’t waste the whole day in bed.

Be slow to take offense, and never on little things, especially those involving taste.

Be slow to anger and quick to forgive.

Everyone has bad days, but don’t inflict them on others.  Greet everyone you meet with a cheery hello.  Even if he doesn’t return the greeting, you’ll feel better.

Don’t walk around studying your smartphone (or at mealtimes if you are with other people).  You’ll miss communicating with the real people you meet, you’ll miss seeing the world around you, and you might become a statistic – pedestrian deaths have tripled, due mostly to inattention.

Get your hands dirty.  Many worthwhile things – fixing a car, gardening, cleaning a weapon, baking – require it.

Do the disagreeable tasks first.  Procrastinators suffer twice – once in the agony of anticipating the task and again when they are forced to do it.

Here’s your all-purpose job description for school, for work, and for life: “whatever needs to be done.”

Be the most reliable person you know.  Under-promise and over-perform.

Be kind.  It makes the world a better place and makes you happier.

Be punctual.  If you’re not 15 minutes early, you’re late.  People who are chronically late are saying, “My time is valuable; yours is not.”

Banish “it’s not my job” and “we’ve always done it that way” from your lips.

Every day, life presents us with choices between what we should do and what we want to do.  Do the “should dos” first 90% of the time.  People who always do what they want first have sad, poor, and unhappy lives.

Don’t always live in the “now.”  You may not believe it, but tomorrow always comes.

Plan for the future.  Yes, people, circumstances and plans change, but at least you will have thought about it.

Happy people always care about something larger than themselves.  It might be family, job, church, community, country, or the U.S. Marines.  Often it is several things.

Pick up after yourself daily.  You will live in cleaner, neater surroundings.  If you leave it for later, it will become an overwhelming job.

If you were born in the United States, or in fact in any of the capitalist democracies in the West, you won the lottery.  The free-market system has given the mass of people here by far the highest standard of living in history and in the world today.  Of course, many people don’t take advantage of it.  But if you want something besides capitalism, throw away all those consumer goods – smartphones, computers, cars, and so on – that were inventions and produced under capitalism, and move to a country where socialism has given people a good life.

Be slow to borrow and quick to repay.

Be slow to lend.  You will find there are people who will convince themselves that they deserved the money and will become sullen and hostile if asked to pay it back.  You expect gratitude, and you get attitude.

If a couple is having problems, having a baby will not make those problems vanish and bring them closer together.  Usually, it will make them worse.

Large tattoos and face piercings do not make a person more attractive.

I can’t tell you what to believe, but according to many studies, people who believe in God are happier, because it gives their life meaning.

Studies also show that people in small towns are happier than people in cities.

Ranting and raving rarely changes the person’s behavior or the situation for the better.

Make your bed every day.  It instills discipline, and you’ll feel better about your surroundings.

“Thank you” and “please” are not old-fashioned, out of date, or constructs of the patriarchy.  They are the essential grease that reduces friction and makes civilization work.

If you punish people for giving you their honest opinions, you will be surrounded by “yes men” and will have no warning of approaching disasters.

Read at least two books a month.  Reading well and widely is highly correlated with success.

You are not entitled to anything paid for by money other people earned working.  Be grateful for anything you get.

Respect must be earned.  It cannot be given.

Some people are poor because of circumstances, like illness or accident.  But in America, most people are poor because they made bad decisions.  There are four rules if you don’t want to be poor: 1. Don’t marry until you have the education or training for a career.  2. Don’t have babies before you are married, in a stable, financially secure relationship.  3. Get a job, even a bad one, and work full-time until you get a better one.  4. Don’t get addicted to drugs or alcohol.

Every time you get in a car, you are at risk of dying.  But if you follow four rules, you can reduce your chance of being killed in an accident by about 90%.  1. Always wear your seat belt.  2. Don’t speed.  3. Don’t drive if you’re impaired by alcohol, drugs, or fatigue.  4. Don’t drive distracted by a phone or other device.  (And don’t ride with a driver who violates these rules.)  One or more of these factors are involved in almost every fatal crash.

That’s it.  Having a happy life is really simple, but it’s hard to discipline yourself to follow these rules.  Look at the many unhappy people you know and see if you think they did.

Robert A. Hall served as a Marine in Vietnam, for five terms in the Massachusetts Senate, and for 31 years as an association executive.  He holds a B.A. in government and an M.Ed. in history and has 12 books in print on Amazon.  He retired in 2013 due to pulmonary fibrosis for a lung transplant.  He now works part-time at the Madison V.A. hospital, interviewing veterans and writing up their life stories for their records and their families.

The Education Debate We’re Not Having

The Trump Campaign Tapping Is Getting Closer To The Ex President