Oprah – “Churches Used To Do It.” vs Gov Abbot “‘The Problem is Not Guns, It’s Hearts Without God”

This is a tale of how two people said essentially the same thing about the mass shooting plague beseeched on America and how society reacted.  Oprah is at the top of the heap in American entertainment while Gov. Abbott of Texas is an unapologetic Christian politician. Notice the double standard in coverage. 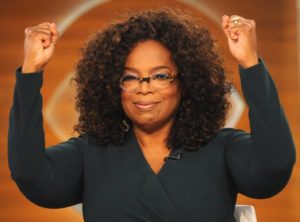 Winfrey, one of the most powerful women in Hollywood, also spoke out about the mass shootings in El Paso and Dayton. What does she think is behind all the violence? Oprah said, “I think what people are missing is a core moral center.”

“Churches used to do that… It was a central place you could come to and there was a core center of values about a way of living and being in the world,” Oprah continued. “Until we can return to that, however that is, in whatever form, we will continue to be lost.”

Oprah is turning to her craft for comfort during these tough times. She explained, “That’s why I actually believe storytelling is a form of a new religion because it’s a place where people can gather and be inspired and see themselves and get filled.”

Texas Governor: ‘The Problem is Not Guns, It’s Hearts Without God’

At the time, Governor Abbott said: 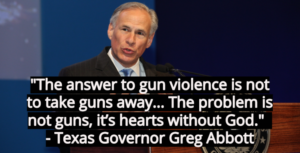 And I’m going to use the words of the citizens of Sutherland Springs themselves, and that is, they want to work together for love to overcome evil, and you do that by working with God.

Bottom line: Texas Governor Abbott is a dangerous religious extremist who believes guns aren’t the problem, instead he blames “hearts without God,” and claims that “a stronger connection to God” is the solution to gun violence.

Business – Deep Thoughts on the ‘WHY?’ of the Human Condition

The Loud Voice Of The Fringes – Arthur Brooks Leaves AEI

Carl Jung And Figuring Out Our Motivations