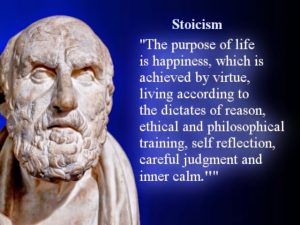 Aeon – Put that way, it would seem that biology does indeed do away with any idea of human nature: whatever characteristics our species possesses are the result of a continuous process of evolutionary differentiation from other species of primates, and there is no reason to believe that such process is over, or will be any time soon. Moreover, people are fond of citing the famous figure that humans and chimpanzees differ ‘only’ in about 1-2 per cent of their genomic sequence, implying that we are not really as special as we’d like to think.

But as Kevin Laland has pointed out in his book Darwin’s Unfinished Symphony: How Culture Made the Human Mind (2017), that small percentage translates into thousands of structural changes at the genetic level, which in turn can be combined to yield millions of ways in which humans are distinct from chimpanzees. Just because the difference is small in percentage, it doesn’t mean it is not both very obvious and highly consequential.

In light of this, we think that the picture emerging from evolutionary and developmental biology is – contrary to the widespread opinion among contemporary philosophers – one that very much supports the notion of human nature, just not an essentialist one. Human nature is best conceived of as a cluster of homeostatic properties, ie of traits that are dynamically changing and yet sufficiently stable over evolutionary time to be statistically clearly recognizable. These properties include characteristics that are either unique to the human species, or so quantitatively distinct from anything similar found in other animals that our version is unquestionably and solely human….

The Stoics grounded that teaching in an approach most famously associated with Epictetus, the 2nd-century slave-turned-teacher who became one of the best-known philosophers of antiquity. He developed a whole ethics based on the idea that we play a multiplicity of roles in life: some of them are given (we are all human beings, sons or daughters of our parents, and so forth), and some are chosen (our careers, whether we wish to have children and become parents or not).

How we play these roles is up to us. In Book I of the Discourses, Epictetus discusses the case of two slaves who react differently to the same demeaning situation (having to hold their master’s chamber pot while he’s relieving himself). What determines the difference is how the slaves see themselves as human beings, a concept not that different from the existentialist notion of authenticity. Epictetus concludes the analysis of that example by admonishing his students in a way that Sartre and de Beauvoir might have approved of: ‘Consider at what price you sell your integrity; but please, for God’s sake, don’t sell it cheap.’

It’s not only modern science that tells us that there is such thing as human nature, and it’s no coincidence that a number of popular modern therapies such as logotherapy, rational emotive behaviour therapy and cognitive behavioural therapy draw on ideas from both existentialism and Stoicism. No philosophy of life – not just existentialism or Stoicism – could possibly exist without it.

Energy Of The Future – A Banana Peel?

Nietzsche Explained To The Common Person