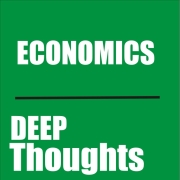 Baby Boomers have wrecked politics, society and left massive financial destruction in its wake.  Individually, the Grandparent Generation will do anything for their grandkids.  Collectively, once their financial decisions are covered by the layers of government programs like Social Security and Medicare the Baby Boomer generation has broken America.

A couple of recent articles of interest.

First AARP, yep the one that you can only join once you are a senior, is weighing in on the huge student loan debt problem going on in America.  Why would AARP care about a 20-year-old student loan? Well because garnishing of future income reduces the Social Security payments into an already underfunded system.  I’ve written about the student loan problem before and I’ve covered it on the air for years.  The banks lobbied to have bankruptcy protection by students removed so the Federal government backstops their risks. The schools get their money up front, no matter what their graduation rates or acceptance. A university can charge a student $45k for a freshman year set of courses with no underwriting, no rigorous approval system, and no risks. The incentives for the banks are to push out money, the incentives for the university to put as many kids into Freshmen and undergrad courses.  The people left holding the bag is the students who can’t bankrupt out of their debt and the Federal government who is paying the banks.  If you haven’t realized this yet, we, as taxpayers, are the Federal government.

How To Solve The Student Loan Mess

My solution is to spread the risk to all the involved parties. Banks can have recourse on their underwriting standards by 1/3, Universities have up to 1/3 of a student loan at risk in the event of a drop out and students are on the hook for 1/3 of the debt they incurred. Just by spreading the risk to those that benefit, you’ll see a massive sucking sound in college enrollments.  Should everyone go to college? With your high school grades, are you a good risk to invest in? Can you pay back your fast loan with the type of degree you’re going for? Let the market forces solve the student debt problem.

Now that the Federal government (taxpayers) are on the hook, that debt has to be paid from somewhere. Garnishing wages is the power the government has to collect a federal obligation (no different than an IRS or SBA default). This garnishing is what has caught the attention of the AARP. There is only so much lending capacity in a generation. The shame is that the student loan and university systems have sucked up the borrowing capacity, leaving the housing market anemic (see the boom in apartments), and saddling the youth of our country with financial obligations that cause them to delay starting their lives (see my post on declining birth rates). 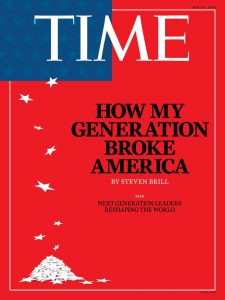 WHY THE AARP IS WORRIED ABOUT STUDENT DEBT: As student loan debt has ballooned over the past two decades, the issue has moved from the sidelines of wonky policy debates into a full-fledged presidential campaign issue, with candidates playing to the economic anxieties of parents and recent college grads. In the latest sign of just how far-reaching student loan debt has become, the issue is now on the radar of another, perhaps more surprising group: the AARP.

— Over the past several years, the nation’s leading senior lobby has become increasingly involved in student loan issues, pressuring the federal government to stop garnishing the Social Security benefits of older borrowers who defaulted on their loans. And in some state capitals, the group is taking on the student loan industry, pushing for more regulations to police abusive loan-collection practices.

— As Americans of every generation struggle to pull together enough savings for retirement, the new worry about student loans illustrates just how deeply debt can hang over people’s financial lives, especially in areas like higher education and health care, where costs are growing faster than the economy overall. Those costs can lead to some brutal surprises in old age.

— Michael Stratford has more here as part of a new “Future of Prosperity” series that POLITICO’s policy magazine, The Agenda, is launching this morning with a deep dive on America’s growing retirement crisis.

Time Magazine did a cover story this week that digs in a bit deeper.

The Meritocracy’s ascent was about more than personal profit. As my generation of achievers graduated from elite universities and moved into the professional world, their personal successes often had serious societal consequences. They upended corporate America and Wall Street with inventions in law and finance that created an economy built on deals that moved assets around instead of building new ones. They created exotic, and risky, financial instruments, including derivatives and credit default swaps, that produced sugar highs of immediate profits but separated those taking the risk from those who would bear the consequences. They organized hedge funds that turned owning stock into a minute-by-minute bet rather than a long-term investment. They invented proxy fights, leveraged buyouts and stock buybacks that gave lawyers and bankers a bonanza of new fees and maximized short-term profits for increasingly unsentimental shareholders, but deadened incentives for the long-term growth of the rest of the economy.

From John Mauldin on his breakdown of the 2016 Federal Budget: 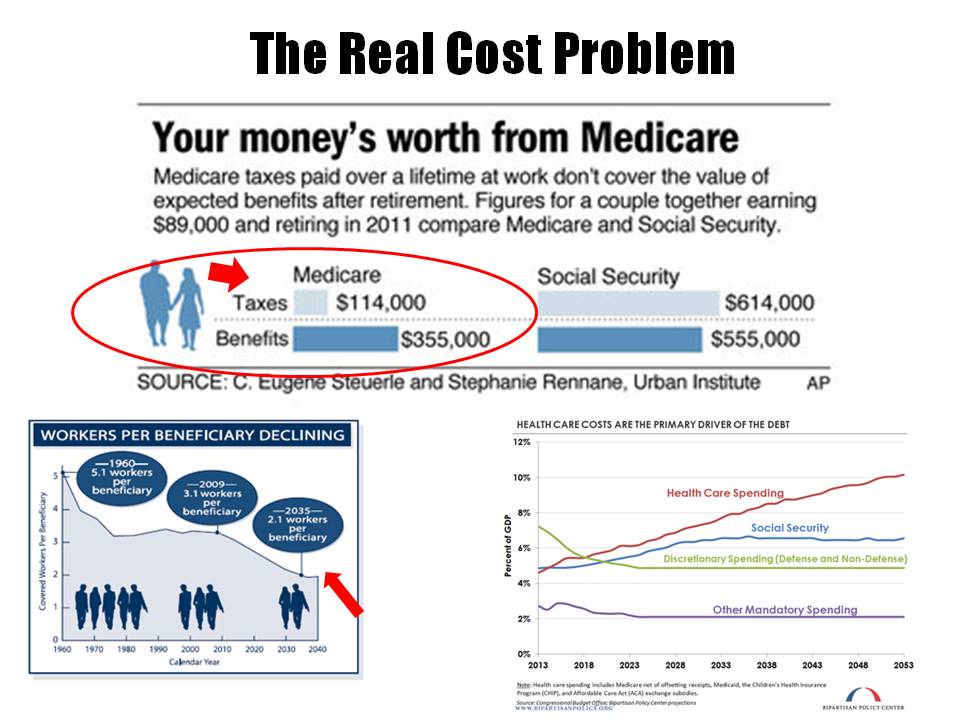 Where will this $46.7 trillion come from? We don’t know. Future Congresses will have to find it somewhere. This is the fabled “unfunded liability” you hear about from deficit hawks. Similar promises exist to military and civil service retirees and assorted smaller groups, too. Trying to add them up quickly becomes an exercise in absurdity. They are so huge that it’s hard to believe the government will pay them, promises or not.

While I was in the medical field, I focused on helping independent medical practices stay alive and viable. With the growth of the hospital sector, my theory was keeping the independents alive would one day help create a true market for healthcare services. I worked on a business model CashMedicalCare.com, that was basically the Priceline for medical services. I scrapped the model because the passage of Obamacare locked down any innovations spurned on by entrepreneurs in the medical industry. My model was predicated on consumers spending up to their deductibles in conjunction with Health Savings Accounts. I was playing in the first $10k of a high deductible program where the consumer was incentivized to watch their pennies and shop for medical service. Those HSA plans were big under Clinton and Bush but all but went away under Obama.

Heres’s some highlights from my presentation; 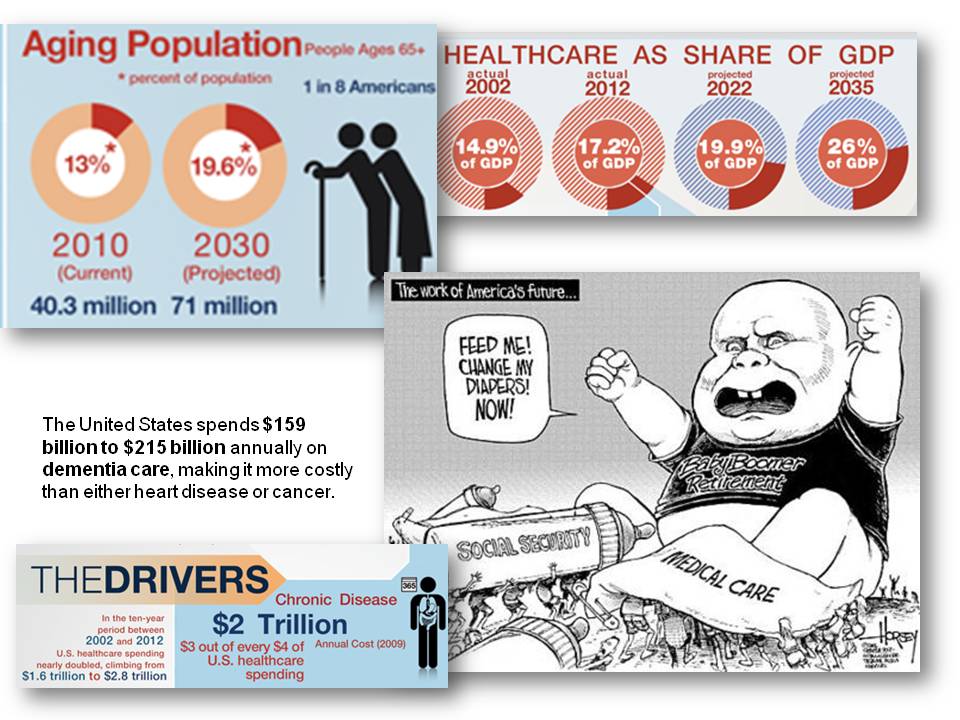 Government involvement in other industries; 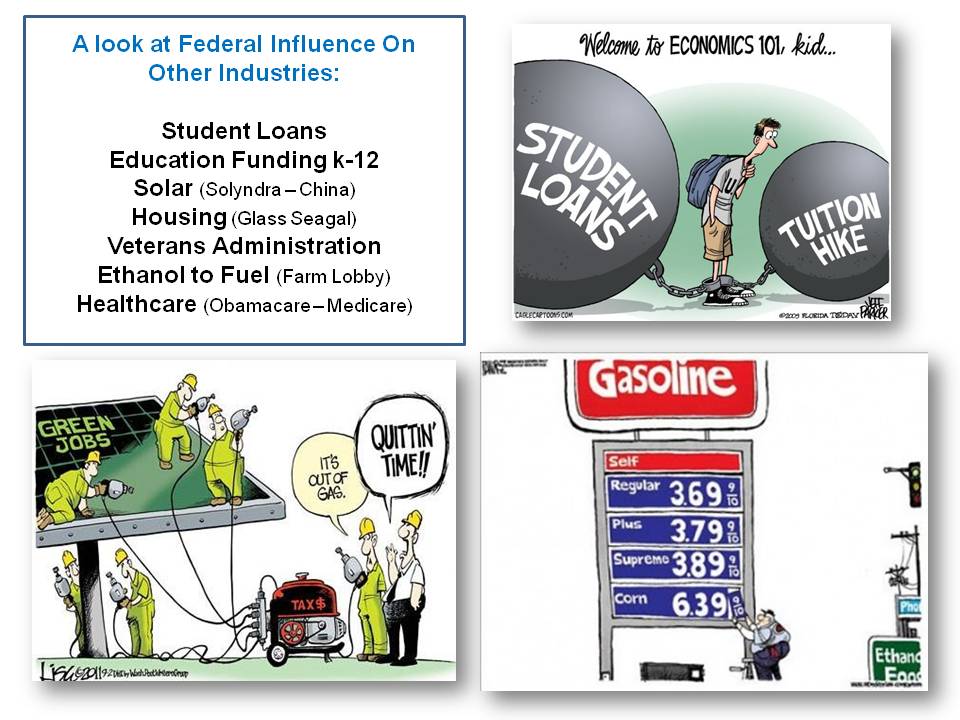 The math problem explained as a cartoon. 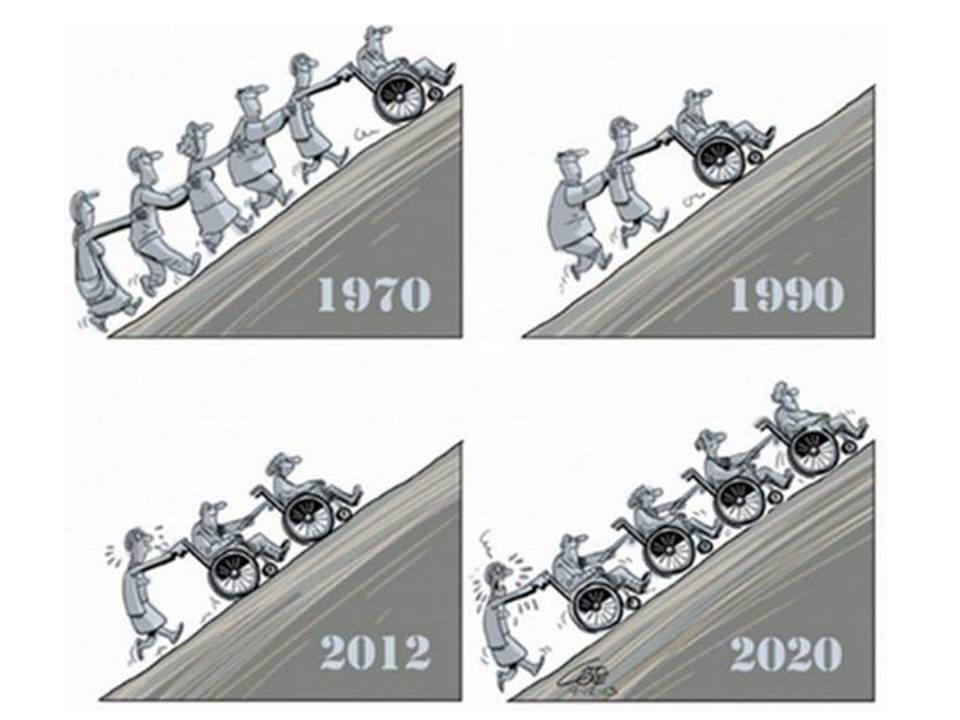